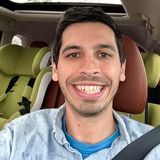 AdminRemix LLC was officially formed in March of 2019 by founders Lundin Matthews and Justin Warsitz. The idea of forming a company and creating software that would benefit school districts came about after months of talking about various issues that the founders faced in the technology side of the school districts they had worked for. It was during this time the idea for the company’s first product Chromebook Getter was born. Creating a way for school district IT administrators to quickly edit the metadata associated with their fleets of Chromebooks in bulk and multiplying technology staff productivity. After continuously taking user feedback and improving Chromebook Getter to where it is today.

In Oct 2020 the team began discussing an asset management and auditing solution that would streamline technology staffs and their ability to manage their inventory effectively. With this in mind Koushik Seal joined the team becoming the first full time developer in January 2021.

With the team growing and months of hard work past, our asset management system is out of beta testing with much praise. Users have been pleased with the ease of use, simple UI, and full featured tooling of the asset management system. AdminRemix LLC is poised to continue to build and grow products and services that allow educational technology teams to streamline, simplify, and amplify the actions they perform on a daily basis. 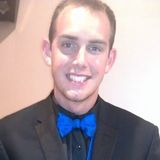 Passions shift, but Justin’s love of servitude for youth has not since changing his major from engineering to education after being asked to tutor underprivileged kids and graduating from the University of Houston.

After graduation, Justin returned to his home town to teach for Magnolia ISD with multiple roles over the years but always with some focus on technology. It was during this time that Justin started looking into ways he could help solve some of the issues that he was encountering from being in charge of all boys` athletics technology on his campus.

To this day, Justin is striving to continue to come up with solutions to help educational technology departments improve their capabilities so that they are able to help all the students in their district obtain the best education possible. He is continuously talking to our over 300 clients to see what issues they are facing and how AdminRemix LLC can help them solve these problems.